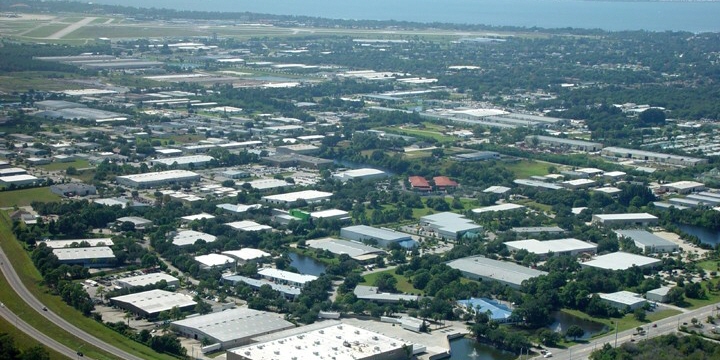 Presented February 10, 2016 to the Commercial & Industrial Real Estate Council of the Lancaster County Association of Realtors.

With the Dow down 8 percent so far this year, and 12-1/2 percent from its 52-week high, some say we are heading into the next recession. However, many economists believe, and I concur, that this is just another market correction rather than a sign of the beginning of the next recession.

Everything indicates, at least for the US economy for now, that we’re on a relatively solid footing. If you look across the spectrum of consumer confidence, employment, and wage growth, people are feeling pretty good about their prospects. Corporations’ balance sheets and cash flows are strong. And there seems to be no end to the money the federal government can spend. Put all of that together and there’s opportunity for additional GDP growth.

As we entered into the fourth quarter of 2015, it was feeling like a pretty good year. We were averaging about 2.2 percent growth in GDP—not great, not anywhere near the historical norm of about 3.25 percent, but still, since the recession started, better than previous years. Then we took a pretty big hit: only a 70-basis-point increase in the fourth quarter. So we ended up at about 1.8 percent for the year, almost exactly the average since the beginning of the recovery. From our perspective, we’re looking at about 1.75 to 2 percent growth for 2016.

Consumer Price Index—good news. It’s been very flat, under 1 percent, coming in at 70 basis points. We think it’s going to remain about there, maybe tick up slightly. We’re absolutely starting to see pressure on wages, and that will have an upward tick on inflation. Right now, that’s being offset by a precipitous drop in oil prices, so those things are balancing out a little bit. But I think eventually you’re going to start to see an impact on inflation with increased wages.

Employment—a very good picture. We started the year at 5.7 percent on a national level, and now we’re down to 5 percent. However, I think the more interesting thing to think about is the labor participation rate. That’s the more important issue that we have to look at. Right now we’re at a 40-year low with a 62.7 percent participation rate, almost 5 points from its high in 2000. That represents about 15 million people that have left the workforce. My hope is that we start to see that employment come back and maybe reduce a little bit of the pressure on wage increases. I think the unemployment rate will stay at around 5 percent.

National drivers—There’s still a tremendous amount of instability globally. Problems in the Middle East. China is reporting GDP growth under 7 percent, down from their 25-year norm of close to 10 percent. This has been good news for the US in terms of both real estate and Treasuries. The US continues to be the safe harbor to the world. We continue to see a tremendous flight of equity into the US, and as a result of that you are seeing that precipitous drop in US Treasuries and run-up in real estate values.

Oil—an unbelievable drop of 75 percent in two years, from $110 a barrel to under $30 today. Historically, a drop in oil prices has been good for the economy, because a dollar more in consumers’ pockets has a bigger overall effect on the economy than a dollar in the oil companies’ pockets. Today, though, I’m not so sure. You’ll see an increase in consumer spending, but some of that money may go to pay down debt. That precipitous price drop in oil can have a negative impact on the financial sector, based on their exposure to the oil producing companies, and it could also have an impact on capital investment. The jury is still out, but I think it will be net positive.

Corporate profits—continue to be at an all-time high. And consumer confidence is at an all-time high since the recession. This bodes very well for the real estate business. It’s a slow recovery, but I would say it’s accelerating. We’re certainly seeing it within our portfolio, and I think you’re seeing it across the nation. Cap rates are low, and expected to go a little lower this year, so it’s a great time to be a seller. If you look at every class except retail, occupancy rates in 2015 were above their 20-year average. It shows we are definitely in an improving market across the board. Lastly, there’s a tremendous amount of equity out there, lots of cash looking for a home in all of the sectors, core, core-plus, and value-add. 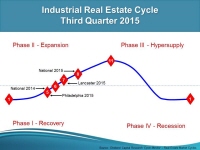 Industrial—a great asset for cash flow stability; minimal volatility; limited capital investment. About 12 million square feet of positive net absorption occurred in 2015, with effective rents increasing. With a robust pipeline, we have to make sure we don’t get into an overbuilt situation. Drivers: increase of consumer consumption as a percent of GDP; retail sales are growing faster than overall economy; e-commerce “final mile” increase demand for space. 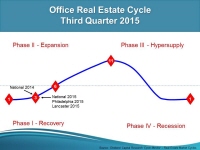 Suburban office—slow recovery but accelerating. Office employment is above pre-recessionary levels. There was limited new supply added, but 32 million square feet of net absorption in 2015, rents are starting to increase. Investors and developers are starting to focus on 18/7 cities for improved quality of life, affordable housing, lower cost structure, and lower barriers to entry. Drivers: TAMI (Technology, Advertising Media, Information) is replacing FIRE (Financing, Insurance, Real Estate); shifting to collaborative office layouts for increased productivity. In 2016 we may get into the expansion phase. We will certainly see additional construction in 18/7 cities. 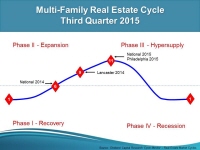 Apartments—home ownership rates have returned to their historic levels of approximately 64 percent. Among millennials, the recent trend of moving to the city may be changing. Future multi-family projects will likely have a blend of proximity to downtown and suburban living. Vacancy rates are at an all-time low, demand continues to absorb the product that’s coming online, and rents are going up. We could move into hypersupply in 2016; Lancaster is still in the expansion phase. 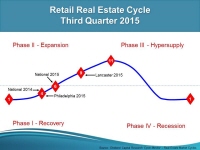 Retail—Retail outperforms all asset classes in total return in two of the last three years, as well as a 20-year time frame. Grocery anchored shopping centers are the preferred asset class. Rent growth was 2.7 percent, up from 2 percent in 2014. Restaurants and entertainment are key: it’s all about the experience. Lancaster is in the expansion phase, but there are a lot of projects in the pipeline. As they come online we could find ourselves in hypersupply.

View the full report on video.